On Tuesday 22nd November, South African president Cyril Ramaphosa arrived in London for a two-day state trip. This was the opportunity to strengthen the economic ties between the United Kingdom and South Africa, as well as focusing the attention on environmental collaboration to help South African green energy transition. The visit was arranged before Queen Elisabeth II died, to demonstrate her profound attachment to the Commonwealth.

Nevertheless, the Covid emergency forced the African leader to delay it, making it his first visit since Charles III became king. It entailed a formal banquet, a session with government members and a meeting with Prime Minister Rishi Sunak. “South Africa is already the UK’s biggest trading partner on the continent, and we have ambitious plans to turbocharge infrastructure investment and economic growth together.[…] I look forward to welcoming President Ramaphosa to London this week to discuss how we can deepen the partnership between our two great nations and capitalise on shared opportunities” he said before the meeting, while UK Foreign Secretary James Cleverly declared:“This week’s State Visit, the first under His Majesty The King, is a fantastic opportunity to celebrate our ties but also allows us to trigger greater growth, create even more opportunities for British and South African businesses alike, and further promote South Africa’s transition to green energy.”

Climate change has been one of the key points of discussion. During the years, President Ramaphosa has shown a great interest toward the environmental issue, particularly regarding international cooperation. In 2021, the South African government, together with the ones of the United Kingdom, Germany, France, United States of America and European Union, launched an ambitious 20 years plan, called Just Energy Transition Partnership. The goal was to sustain the South Africa decarbonisation process and accelerate the transition away from South Africa dependency on coal, with particular attention regarding the electricity system. This would permit the nation to move toward a climate resilient economy and prevent up to 1-1.5 gigatonnes of emissions. The initial support consisted in a pledge of $8.5 billion, issued in forms like concessional loans, grants, investments and risk sharing instruments. The United Kingdom is the State that contributed most to the financial commitment.

During the State banquet, Ramaphosa declared that: “It is only through partnership and collaboration that we may answer the crises that confront humanity and improve the lives and prospects of all our people [….] Your Majesty, I wish to compliment you personally on your visionary leadership on environmental issues, especially with respect to conservation and the fight against climate change. These are critically important areas for my country, and we are pleased that the United Kingdom is a partner in the Just Energy Transition Partnership.” The theme is dear for both the African president and the British king. The Afrikaner philosopher conservationist Laurens van der Post was an important figure in Charles III’s life since he was young. The two travelled together, and van der Post became later Prince William’s godfather.

The outcome of the meetings was a joint statement on collaboration between the two countries. On the one hand, the United Kingdom is a leading centre of metal trading, standards and mining finance; on the other, South Africa is a top producer of minerals, including manganese and vanadium for battery storage, and iridium, palladium and platinum for hydrogen production. Through high social, governance and environmental standards, financing and high skilled workforce, they aim to make the extraction of minerals and the mining industry supply chain more sustainable, promoting clean and renewable energy technologies and creating clean jobs. In addition, acting on sectors like fuel cell mechanisms, battery storage an energy efficiency, they will try to identify mutual beneficial projects, strengthening UK and South African companies business links. The same programme will be implemented through multilateral dialogue at the international level.

Despite the big proposals, some members of the African National Congress (ANC), Ramaphosa’s party, are doubtful regarding the concrete possibilities of renewable sources and are afraid that the attempt of changing the economical South African scenario could mine the party support from coal mining industry’s business representatives. They stand for a better management of the existing power stations, and underline the importance of focusing on gas and nuclear energy sources. This political division has led to a slow convergence to the global tendency and in building new green energy infrastructures, although the nation could make a larger use of solar and wind production. The result is that South Africa is currently classified as the 8th global power for the amount of coal employed in the electricity sector, with 85% of the current national electricity still derived from coal extraction. Since 1985, this proportion has reduced just by 9 percentage points.

For these reasons, many have raised doubts about the validity of the UK-South Africa cooperation. Jordan Roberts, Fastmarkets NewGen battery metals expert has declared that:“The country could be a leader in solar power, […] Despite this massive mineral endowment, many believe the South African economy faces major long-term challenges, amid concerns around its sovereign debt, political corruption and the loss of high-skilled workers. Industry observers would view collaboration with the likes of Canada and Australia on battery materials being more attractive, particularly when considering their superior environmental, social and governance prospects.”

To conclude, president Chiril Ramaphosa’s visit to the United Kingdom restated his political commitment in working toward a more sustainable future for South Africa and the rest of the world. Nevertheless, political dishomogeneity and concrete incapacity of implementing renewable solutions risk to undermine the State’s reliance and credibility. 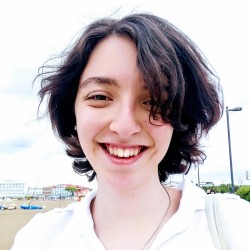